Children's Theater -- Fresh-Hatched from The Imagination Of Real Kids

Children's Theater -- Fresh-Hatched from The Imagination Of Real Kids
By Louise Sweeney MAY 1, 1985 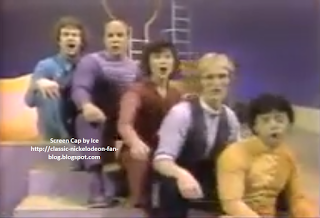 WASHINGTON — What kind of wings does a hippopotamus have? When kids write the script, that's the kind of question actors tussle with. It was crucial to the performance of ``The Hippopotamas Who Wanted to Fly,'' a story by nine-year-old Allison Elisabeth Clark which is one of the hits of ``Kids' Writes in the Nation's Capital'' at the Kennedy Center.

``You have to be willing to do what kids want you to,'' says James Mairs, the director of a Kids' Writes troupe of adults known as the Magic Carpet Band, which tours the country and appears on TV performing stories written by children from 5 to 14. In this case, it was Allison's story about a baby hippopotamus adopted by eagles who have to use a helicopter to lift their heavy baby into their nest. When they learn that ``hippopotomas [the child's spelling] had a dream to fly,'' they teach him. Next he grows wings, and ``as he flew through the brilliant sunlight, he was filled with unending joy,'' Allison writes. The end.

Refreshingly and obviously, it's not a TV sitcom script written about kids, but one that comes fresh-hatched from the imagination of a real child. That may be why children lap up Kids' Writes fare like chocolate Popsicles on a July day; when the series played Nickelodeon cable television, 8,000 kids from all over the United States wrote in, sending their own stories, poems, and thoughts. For the 17 half-hour shows that aired, 300 authors were chosen, and they were present in the audience to take a bow the night their stories were performed on camera.

Forty-five Washington-area children contributed scripts to the Kids' Writes performances at Kennedy Center, which were part of a two-week ``Imagination Celebration'' Children's Arts Festival earlier last month. ``Kids' Writes from the Nation's Capital'' included numbers on ``The First Time I Ate a Lima Bean,'' ``My Invisible Friend,'' ``When My Hamster Died,'' ``Creepy Things in the Night,'' ``The Sandman and the Fairy,'' ``Small But Brave,'' ``A Big Triceratops,'' and ``Horrible, Horrible Supper.''

One of the biggest hits was ``Presidential Speech,'' by Andrew Maraniss, 14, in which the president puts on dark glasses and sings a rap number about his policies while the Secret Service break-dances.

All during another hit, 11-year-old Billy Swistak's ``Creepy Things in the Night,'' a piece that begins, ``I used to think there were monsters under my bed,'' the little girl behind me kept whispering, ``I still do.'' The audience became very still for 10-year-old Ari Douthit's ``The Magician,'' dealing with the death of the grandfather he loved, and how his magic trick would be to bring his grandpa back again.

Another hit: ``Rock and Roll Star,'' by 12-year-old Ryan Wilson, a number about stage fright. When the ``rock-and-roll person'' finally overcomes it and sings a real rocker, ``I Know I Know I Feel Good,'' by nine-year-old Krissi Spence, the audience goes wild and cheers. He is backed up by the other performers in the Kids' Writes troupe, who compose and play the music in this, as well as other numbers, with great zest and talent.

They are also wondrously funny, a group of clowning performers who seem to be made out of India rubber and silly putty, with the ability to turn themselves instantly into barking dogs, penguins, teachers, raindrops, pirates, cows, or whatever the kids' scripts call for. They are dressed in black, white, and red costumes with knee pads that look a little like baseball umpires' uniforms. Magic Carpet stars are Wynn White, John Rousseau, Carlo Grossman, and Steve Riffkin; music is composed and arranged by Mairs and Riffkin.

``When you get out there in front of the kids and you've got it right, they laugh, they squeal, they cry, and it all comes back [to you] just like it would in an adult show,'' says Jim Mairs. ``And the reward is immediate. 'Cause the kids tell you they love it, when you hit it right.''

This year's show was a year in the making; last spring the Magic Carpet Band appeared with Kids' Writes at the annual ``Imagination Celebration'' at Kennedy Center with its ``Greatest Hits'' show, involving material done over the last 10 years. Among the hits: ``The Gargoyle Conspiracy,'' in which the gargoyles atop Notre Dame in Paris climb up and ring the cathedral bells, and a five-year-old child's ``Dog Party,'' in which several breeds of dogs dance to rock music. Area children in the audiences last year were encouraged to go back to their classrooms and write, not for school and grades, but for Kids' Writes -- ``just put your heart or head into it,'' Jim Mairs explained.

Negotiations are under way to do a Los Angeles Kids' Writes. (It will be challenging; in one L.A. elementary school, 18 languages are spoken.) Toronto Kids' Writes and Vancouver Kids' Writes have been done in previous years; and Mr. Mairs's group has been approached to do a Midwestern Kids' Writes, again drawing on talented kids from that area. London and Nova Scotia are also Kids' Writes possibilities in the near future.

The Magic Carpet Band got its start 13 years ago when Jim Mairs, fresh from an acting major at University of California at Los Angeles and a stint of Shakespeare, was offered a job setting up a children's theater in Carmel, Calif. To prepare himself he spent six weeks in a kindergarten class as a student, doing everything the kids did, including writing out brief stories for a gifted master teacher on things that were important to them. Mairs found the kids' writing so imaginative he included six samples in his children's theater program, and the Kids' Writes concept was born.

The rest of the Magic Carpet Band troupe are gifted friends of his from the Carmel area, including the former lighting man from the theater and the waitress at the restaurant where they all ate breakfast. The secret of performing for children, Mairs says, ``is a sense of wonder. Everything you look at is new.''

Mairs says he would like to see a national theater for young people in this country. ``There is a national young people's theater in Russia that is absolutely wonderful. They spend fantastic money on it. There are professionals that work for 50 years in young people's theater there because it is a dignified, respected profession. And in this country, mainly because of the financial structure, people can't continue to work in children's theater because they can't make a living. So what it tends to be is amateur night. . . . And this country really deserves a national theater.

``But the variation that I would suggest is that there should be a national young writers' theater. The idea of Kids' Writes that has grown up -- I would love to see a theater where every year the productions were written by kids, for kids, staged by professionals with adequate budgets to stage them the way they should be. Kids can write for kids better than adults can. This is a fact . . . there's no place for young people to write or have their work appreciated.'' Except his own Kids' Writes, which has room even for flying hippopotamuses.

Posted by Classic Nickelodeon Fan Blog at 10:08 AM