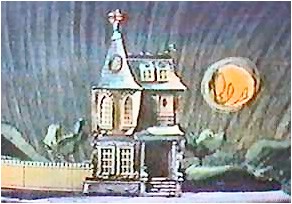 This mooring right before I woke up, I had such a cool dream.

In this dream I sat up in bed and turned on the TV and naturally not being able to find anything to watch I started flipping through the channels. Finally, I stopped and watched what was on and even though it looked different I recognized it. IT WAS PINWHEEL!!!

Now as I said it looked different but somehow, I just knew it was Pinwheel; I’m not sure if it was the 1977 version or a completely updated show but it was definitely Pinwheel and I'm pretty sure that  Aurelia was in the part I saw. Actually I'm very sure otherwise how would I have known it was Pinwheel.

So anyway, in the dream I grabbed the phone and called my Mother and said, “Put it on 285 and tell me what you see.” So, she turned on her TV and went to that channel and said okay this is what I see, and it was the same picture I was seeing and I told her that it was Pinwheel. Then I woke up, but I wanted to blog this dream so that I wouldn’t forget it and I thought you guys might think it was pretty cool too.