Nick Rewind was originally a collection of DVDs and merchandise of older Nickelodeon shows such as Clarissa Explains It All, The Adventures of Pete and Pete, and You Can't Do That on Television. The collection was launched in 2005, but is was on hold for an indefinite period of time until 2008. It is also currently a series of iTunes collections composed of old Nicktoons. There was also a Nick Rewind block of programming on Sundays during the Summer of 2006.


Nick Rewind DVDs
Nick Rewind is a collection of DVDs of older Nickelodeon television shows. The first two DVDs in this collection were released on May 17, 2005: Clarissa Explains It All[1] and The Adventures of Pete and Pete.[2] These DVDs sold so well that Nickelodeon then released Season 2 of Pete and Pete in November 2005. [3] The third season of Pete and Pete, as well as Volume One of "You Can't Do That on Television", were set for release in the spring of 2006, but after several postponements, the releases are currently on hiatus.[4] In 2008, Nickelodeon created a deal with Amazon.com to sell exclusive DVD sets which included three shows under the Nick Rewind name (Doug, Rocko's Modern Life, and Hey Arnold!).


Merchandise
Nick Rewind was also a brand of merchandise and clothing relating to older Nickelodeon shows, and was sold exclusively at Hot Topic stores. This collection included items from such shows as Salute Your Shorts, Double Dare, Hey Dude, Rocko's Modern Life, The Adventures of Pete and Pete, Clarissa Explains It All, and You Can't Do That on Television. They still sell them occasionally.[5] [6]

Nick Rewind on television
Nick Rewind was an hour long block on Nickelodeon that aired from 1:00 - 2:00 pm EDT every Sunday in the summer of 2006. It featured such shows as The Wild Thornberrys, Rocko's Modern Life, Rocket Power, and The Ren & Stimpy Show. It also featured old Nickelodeon bumpers and station ads.

Future of Nick Rewind
While Nickelodeon had announced plans to release You Can't Do That on Television and Season 3 of The Adventures of Pete and Pete, Nickelodeon's parent company, Viacom, was in the process of splitting with CBS. Also, Nickelodeon's president, Herb Scannell, had stepped down. It is believed that this may be the reason why these titles and any others relating to Nick Rewind have been pulled.[6] It has also been reported that the clearances for You Can't Do That on Television were too complicated for a DVD release as of yet, since it not only involves the numerous cast members who appeared on the show, but also involves the show's owner, CJOH-TV in Ottawa, Ontario. [6] The TV block has stopped airing on Sundays. A Nick Rewind channel was in the works, but they didn't have the budget for it so they called it off. They had it all planned out before going with the Noggin/The-N split. So far, the future of Rewind is unclear. 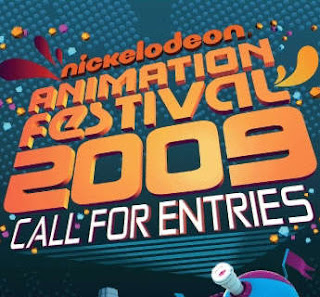 While looking up information on Nickelodeon's non publicised 30th anniversary I came across this article and I'm including the pictures.

I find it very intresteing that the word "Nickelodeon" is written in a simular font that they used 30 years ago on their viewer's guides (picture included.) The other pictures included are the one's from the article. So let's talk about this, what do yall think about their logos?

It looks like Nickelodeon’s new logo for its 30th anniversary is an attempt to clean up its image. But is such noticeable rebranding necessary?

The first image of the gallery shows the Nickelodeon logo on signage for the Animation Festival 2009. Its lower case typeface and slightly stylized ‘i’ is a far cry from the splat we’ve grown to love over the past 25 years.