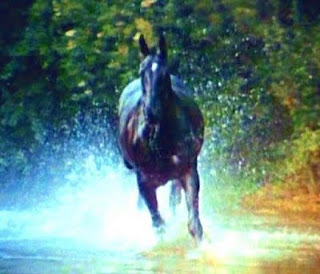 I wanted to let you know that the Family Net (channel) is now airing “The Adventures of Black Beauty” EVERYDAY at 2PM central time. This is wonderful news for all of us fans since they’ve only been showing it from 1-3AM every Sunday morning. Now it will be back on in the afternoon the way it was when it aired on Nickelodeon from the very early to mid 1980’s.

If you haven’t seen this classic is well worth your time to get acquainted with the series. In these modern times when children are out of control and no one wants to “get involved” this series brings back the old fashion values that parents want their children to learn as well as teaching them that helping their neighbor is a good thing.

The 1970’s series was not an adaptation of the book by Anna Sewell, but a "continuation" featuring new characters created by Ted Willis, most prominently Dr James Gordon, played by William Lucas, and his children Vicky, played by Judi Bowker (who became Jenny, played by Stacy Dorning, in the second series) and Kevin, played by Roderick Shaw. Other writers included David Butler and Richard Carpenter, while directors included Charles Crichton and Peter Duffell. The series, which was filmed mainly at Stockers Farm, Rickmansworth, Hertfordshire, was widely acclaimed for its high production values and quality of writing and acting, and at times had remarkable English gothic overtones for a children's series. (From Wikipedia)

“The Adventures of Black Beauty” featured two of the characters from the original series, Dr James Gordon (played by William Lucas) and Jenny Gordon Denning (played by Stacy Dorning). The series was shown on ITV in the United Kingdom. Two seasons were produced, with 24 episodes being made in total and currently (also) airs on the Family Net (channel). The second season featured an entirely new story arch, which did not relate back to the original series the way the first season did.

Which ever episodes they start showing this week (at 2PM central time) will very much be worth watching and it’s a great way for the 80’s kids, like me, to relive their childhood memories! Hope you’ll be watching!!!
Posted by Classic Nickelodeon Fan Blog at 8:44 PM No comments: 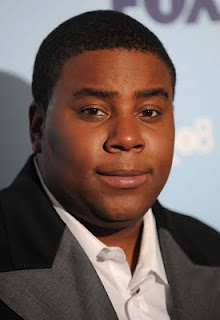 I’m (very) slowly starting to realize that I need to expand this group just a little bit to not only our beloved 80’s programs but I need to start including some of the 90’s shows as well. The 80’s will always be the main focus of this group but I’m finding new articles on 90’s programs and thought that some of you might be interested. That being said… 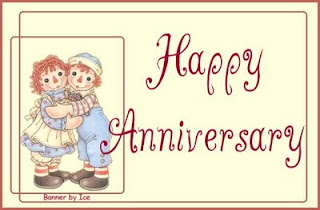 Happy Anniversary to all of our July members – there were no June anniversary members. 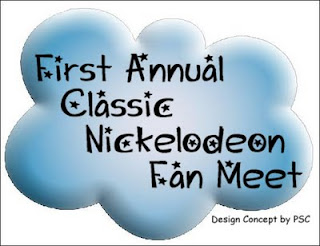 Well I’m here in Lawton for the fan meet. So far it’s just Mamma, Sam and myself, Katrinka will be here tomorrow.

Got to Lawton around 12:15 this afternoon but we weren’t able to check in until about 1:30. Then I picked up Sam about 2:30ish now we're just waiting for Katrinka to get here tomorrow!
Posted by Classic Nickelodeon Fan Blog at 5:32 PM No comments: