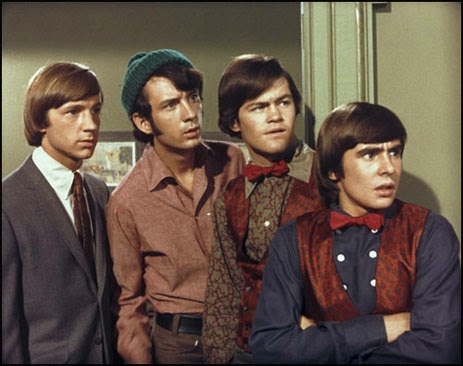 I know I haven’t been doing too many Classic Nickelodeon Wednesday posts but I’ve been so busy I just haven’t had the time to do them anymore but I wanted to share with you something I just recently found out.

The Monkees originally aired on NBC from September 1966 to March 1968 with 1986 marking the group’s 20th anniversary. MTV celebrated Monkeemania by airing a Monkees TV show marathon ("Pleasant Valley Sunday") on February 23, 1986 then Nickelodeon joined in the fun by airing the original series daily. Between the two stations Monkeemania was reborn and The Monkees were a hit once again as their original albums began selling again including their greatest hits collection reaching platinum status.

That same year original members Micky Dolenz and Peter Tork released “That Was Then, This Is Now” with Davy Jones joining them a bit later when they released “Heart and Soul.”

The Monkees - That Was Then, This Is Now 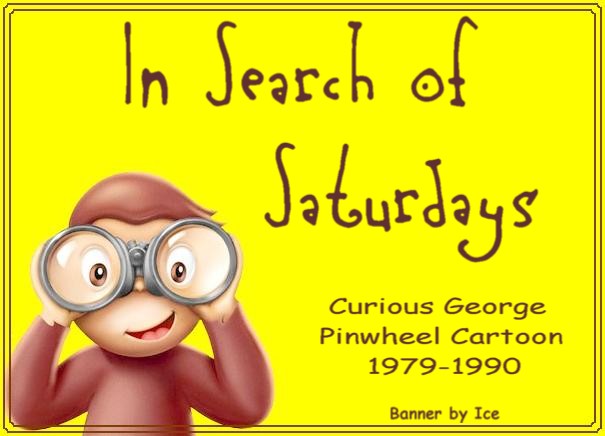 Welcome to “In Search of Saturdays" a space I’ve designed to help members find those long lost movies, cartoons, TV shows, toys, games and anything else that we’ve all been looking for, for a very long time. The instructions are simple. Post your personal “looking for” list here and we’ll all see if we can help you find what you’re looking for.If you can’t remember the name of a show or toy that’s alright, post what you can remember and maybe someone here will be able to tell you what it is. Also please remember that if you are listing television shows or movies please let us know if you are looking to purchase these shows or if you just want to watch them online. Then we, the members of the group, will help try to help each other and go “in search of” those items for our fellow members.
A good places to start our searches is iOffer ( http://www.ioffer.com/ ) which, in my opinion, is better than eBay b/c you can find lots of shows there that you can’t find anywhere else. MY WANT LIST
This is a list of the Classic Nickelodeon programs that I’m looking for to purchase. Please note that I am a private collector who does not copy and resell my collection. The videos and DVDs that I collect are for my own private viewing here in my home or my Mother’s house where I originally saw them. If you have any of these and would like to sell me copies – for my private viewing – please contact me atpeggysueclay@hotmail.com     Also, IF you contact me via email PLEASE PUT THE NAME OF THE SHOW IN THE SUBJECT LINE. Thank you.
***** NON VIDEO ITEMS *****Muppets Magazine 1982
People Magazine – recent issue – no date – Marc Summers’ article
Any 80’s women’s or children’s magazines
Early to Mid 80’s TV Guides
REGULAR PROGRAMS
Dusty's Treehouse
Hocus Focus
Kids’ Writes
Livewire
Nick Rocks Video to Go
Pinwheel – more than just the 6 hrs that’s currently available
Science International (aka) What Will They Think of Next?
Spread Your Wings
Standby...Lights! Camera! Action!
Studio See
PINWHEEL CARTOONS
The Adventures of the Mole
Bunny in the Suitcase
Emily (Emilie) (my favorite)
Hattytown Tales
Magic Coco
The Magic Roundabout
SPECIAL DELIVERY
Beware, Beware My Beauty Fair
Clarence & The Ottaway (staring Billy Hufsey)
Kids’ Writes
Silver City (The Righteous Apples special)
Posted by Classic Nickelodeon Fan Blog at 10:47 PM No comments: 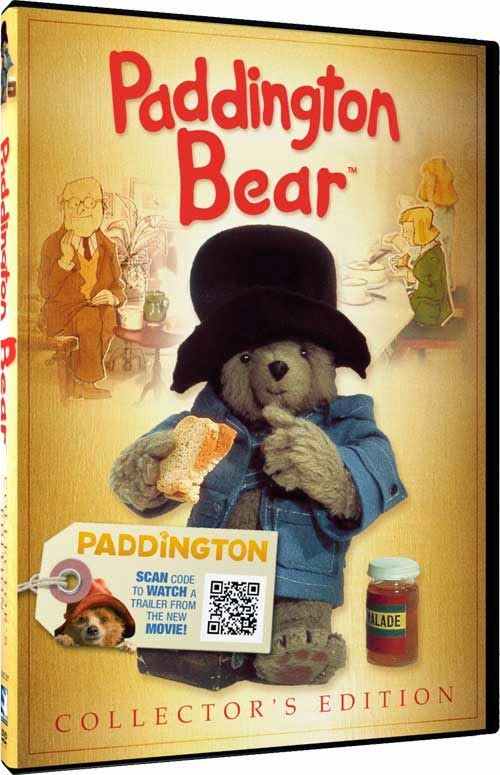 3-disc set from Mill Creek will be out in late November, a month before the new film hits theaters!

Back in 2011, we told you how Mill Creek Entertainment was releasing a couple of DVD sets with the original 1975 stop-motion animated series of Paddington Bear. We also reminding you at the time how the cartoon version of The Adventures of Paddington Bear, which aired in the '90s, had already been on DVD since 2002. Now, with the new Paddington motion picture coming to theaters on Christmas Day 2014, the folks at Mill Creek are putting together a special new release of Paddington Bear - Collector's Edition, with both TV shows together!

Here's the studio description:
Everyone s Favorite Curious and Cuddly Bear! Based off the acclaimed books by Michael Bond, Paddington Bear has captured the imaginations and hearts of young and old around the world for generations. Dressed in his characteristic blue duffle coat and oversized hat, the helpful and cuddlesome Paddington has a gift of putting his paws where he shouldn’t, creating hours of hilariously sticky situations!

A stow-away from darkest Peru, Paddington eventually finds himself alone in Paddington Station, a tag around his neck reading: Please look after this bear. Thank you. When the Brown family takes him home, they get a lot more than they bargained for. This cuddly DVD collection features all 56 episodes and all three-half hour specials of the original stop-motion production along with 13 episodes of the animated series The Adventures of Paddington Bear.

The 3-DVD set will cost just $14.98 SRP, and is available in stores on November 25th...giving you a full month to enjoy these shows with your kids before the new film hits the box office. Here's a look at the package art.