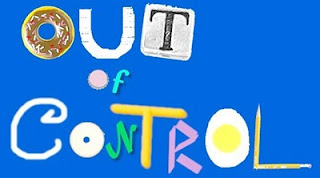 Oh my gosh I'm so excited, I just bought 15 episodes of "Out of Control" on iOffer!!! So that's one more show I can add to the playlist for the fan meet!

I've decided that since I do have so many of these classics on video and DVD that I'm going to make one video tape (or DVD if I can find the instructions) of all the old shows for the fan meet.

What I thought would be to use one of my old TV guide schedules and copy it as closely as possible with what I have. For example have one hour of Pinwheel followed by Today's Special and Vegetable Soup and so forth. So in a way I'll be recreating (as much as possible) a full day of Classic Nickelodeon programs for us to enjoy so I hope that everyone, or at least a lot of you, are making plans to be here for it!!!

Posted by Classic Nickelodeon Fan Blog at 3:03 PM No comments:

The Adventures of Black Beauty 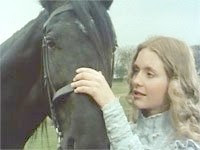 The Adventures of Black Beauty
From Wikipedia, the free encyclopedia

The Adventures of Black Beauty was a British children's television drama series produced by London Weekend Television, shown on ITV in the United Kingdom and exported worldwide via London Weekend International between 1972 and 1974.

Two seasons were produced, the first airing from September 1972 to March 1973 and the second from September 1973 to March 1974. Although it was mainly aimed at children, it was shown in the Sunday teatime "family" timeslot and gained a wide audience, becoming popular enough to make the general Top 20 ratings. It was repeated regularly, although often on a regional basis, for many years, its last full repeat run being on Sunday mornings from 1986 to 1988. It also aired in the United States on Nickelodeon in the 1980s.

The series was not an adaptation of the book by Anna Sewell, but a "continuation" featuring new characters created by Ted Willis, most prominently Dr James Gordon, played by William Lucas, and his children Vicky, played by Judi Bowker (who became Jenny, played by Stacy Dorning, in the second series) and Kevin, played by Roderick Shaw. Other writers included David Butler and Richard Carpenter, while directors included Charles Crichton and Peter Duffell. The series, which was filmed mainly at Stockers Farm, Rickmansworth, Hertfordshire, was widely acclaimed for its high production values and quality of writing and acting, and at times had remarkable "English gothic" overtones for a children's series.

The theme tune, "Galloping Home", written by Denis King and performed by the London String Chorale, was released as a single and peaked at number 31 in the UK charts in the week of February 2, 1974. It was later used at the climax of the first series of I'm Alan Partridge, with Alan dreaming of running through a field as Black Beauty does in the series' title sequence. The theme tune was also featured in the series Brainiac: Science Abuse. It actually has lyrics by Dick Vosburgh as revealed by Denis King at a memorial concert for Dick Vosburgh in July 2007.

Home Video ReleasesA number of video releases over the years were superseded by two DVD releases, featuring selected episodes from both series, in 2001. Full series releases have been made in the United Kingdom and the United States

Posted by Classic Nickelodeon Fan Blog at 12:13 AM No comments: