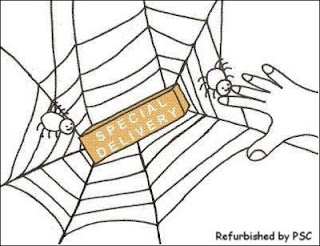 Plot summary from Wikipedia
The story follows the experiences of a young mongoose named Rikki-Tikki-Tavi (for his chattering vocalizations) after he is adopted into a British family residing in India, as a pet and as protection against venomous cobra snakes. After becoming friendly with some of the other creatures inhabiting the garden, Rikki is warned of two cobras Nag and Nagaina, who are angered by the family's presence on their territory. Accordingly Nag enters the house's bathroom before dawn but is attacked by Rikki. The struggle that ensues awakens the human family and the father kills Nag with a shotgun.

The grieving Nagaina attempts revenge against Rikki's humans, cornering them as they take breakfast on an outdoor veranda. While Nagaina is distracted by a female tailor bird Rikki destroys the cobra's unhatched brood of eggs except for one. He carries it to where Nagaina is threatening to bite the child Teddy while his parents watch helplessly. Nagaina, enraged, recovers her egg, but is pursued by Rikki-Tikki away from the house to the cobra's underground nest where an unseen final battle takes place. Rikki emerges triumphant from the hole declaring Nagaina dead. His subsequent role is to protect the family by keeping the garden free from any future intrusion by snakes.

Posted by Classic Nickelodeon Fan Blog at 6:41 PM No comments:

Sorry about not posting last week but I had such a busy schedule that I wasn’t able to, hopefully you will enjoy this week’s line-up. 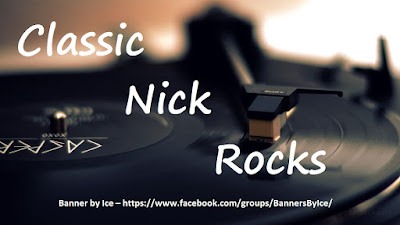 Righteous Apples – Are You There
https://www.youtube.com/watch?v=JyE3NXKMmv4

Simple Minds – Don't You (Forget About Me)
https://www.youtube.com/watch?v=CdqoNKCCt7A

Posted by Classic Nickelodeon Fan Blog at 6:09 PM No comments:

Okay at less than four minutes into this video I was ready to ask these kids exactly how old they are b/c they obviously were not old enough to talk about Nickelodeon from the 80's. The the guy asks the girl a question about a supposed Pinwheel Cartoon called "Clock Man." The girl tells him that she's never heard of it but then says, "But I'll tell you who might know and that's Peggy Sue Clay, she runs the Nickelodeon Fan Blog." YES I ALMOST SCREAMED WHEN I HEAR IT, WOW!!!!! OH MY GOSH I SERIOUSLY GOT A SHOUT OUT FROM THESE KIDS WOW!!!

It seems they also gave me a shout out in the comments as well! 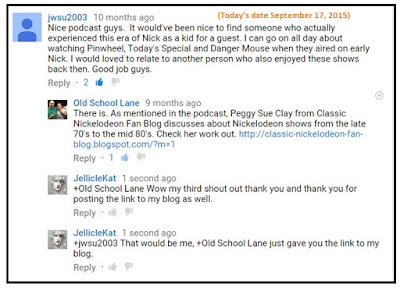 Posted by Classic Nickelodeon Fan Blog at 11:25 PM No comments:

When on her seventh birthday Marcella receives a new doll all the way from Paris, France named Babette. She is very beautiful and shortly after her arrival Captain Contagious, who lives in Marcella's snow globe, becomes smitten with her and kidnaps her. Raggedy Ann and Andy set off to try to rescue her before Marcella discovers Babette is gone. Out in the world outside the nursery, the two meet the Camel with the Wrinkled Knees, a blue toy camel who has been cast off by past owners and is now heartbroken and lonely. Raggedy Ann assures him a home with Marcella, and he joins their rescue party.

Will the toys make it back to the nursery before Marcella notices they’re gone? Find out in Raggedy Ann & Andy: A Musical Adventure. 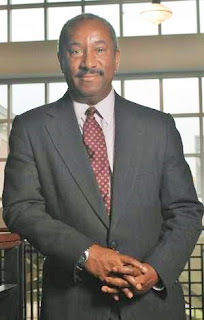 Those of you follow my blog on a consistent basis know how much I LOVE Sha Na Na by the many videos I post by them. Even though I’ve never seen them in concert or have met any of them they were a part of my childhood and now that I’ve rediscovered them as an adult I love them even more than I did when I was a little girl.

The Sha boys, as we call them on the forums, have brought me much joy over the years so it is with a very heavy heart that I dedicate this week’s Classic Nick Rocks to Frederick "Dennis" Greene who passed away last Saturday. We love you very much Denny and you are very missed. RIP

Up On the Roof
https://www.youtube.com/watch?v=Vk5nO82ecp4

Twistin’ the Night Away
https://www.youtube.com/watch?v=2N6XecTFzEQ

I Count the Tears
https://www.youtube.com/watch?v=8CsFbGMSExk

There Goes My Baby
https://www.youtube.com/watch?v=zpTHwQnGKSE

Tonight (Could Be the Night)
https://www.youtube.com/watch?v=PAwe9qPQD7s

Tears On My Pillow
https://www.youtube.com/watch?v=W3He_gyNG6A

Posted by Classic Nickelodeon Fan Blog at 11:37 PM No comments:

Do you have a favorite song you’d like to hear on Classic Nick Rocks Saturdays? If so post it in the comments below. The rules are very simple. 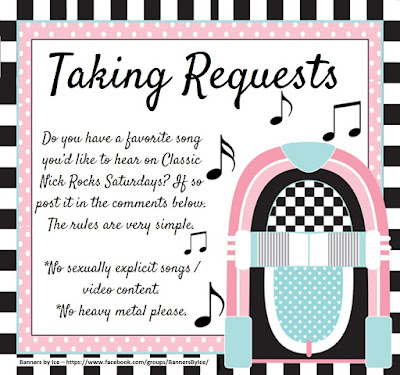 Posted by Classic Nickelodeon Fan Blog at 2:05 PM No comments: 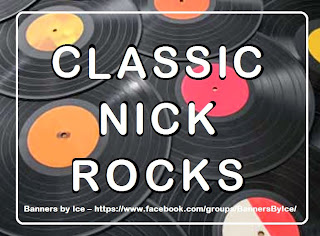 The Monkees – I Wanta Be Free
https://www.youtube.com/watch?v=yjtAnumSUCQ

Kool and the Gang – Celebration
https://www.youtube.com/watch?v=3GwjfUFyY6M

Posted by Classic Nickelodeon Fan Blog at 12:06 AM No comments: 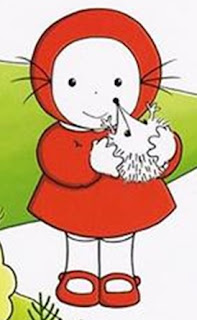 For the last few days I’ve been in the mood to watch the old “Emily” cartoons they use to show during Pinwheel which use to air on #Nickelodeon. So just by chance I typed in “Emilie,” b/c I know that it was a French cartoon that had been adapted to English, and this is what I found. Apparently she has a whole youtube channel!

To keep with the Emily theme here is the English opening credits as it aired on Nickelodeon and as well as a French episode also in the same old fashion style. 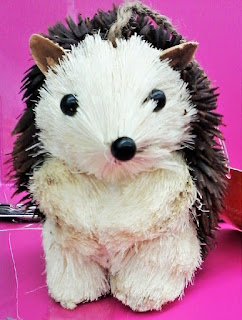 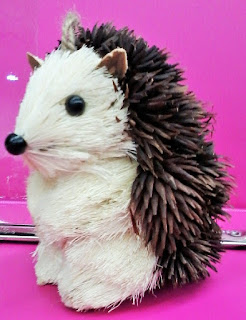 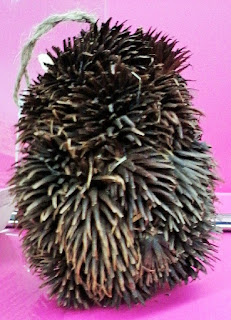 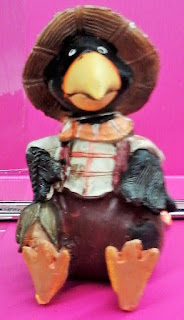 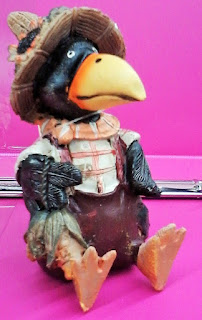 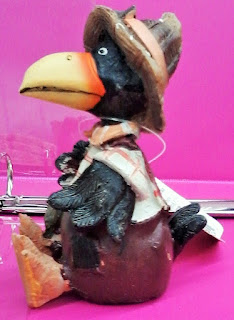 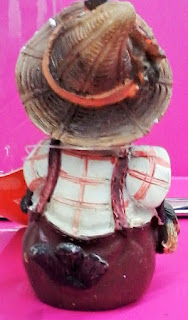