This is neither Classic Nickelodeon nor TP but I know that Doctor Who & Elisabeth Sladen have been a huge part of most, if not all, of our lives for a very long time now and I thought it was only fitting that I post this.

Elisabeth Sladen, the actress who died on Tuesday (4-19-11) aged 63, played Sarah-Jane Smith, the best-loved of the Doctor’s assistants in the cult television series Doctor Who; such was her popularity that, 30 years after leaving the show, the character was resurrected for a highly-successful sci-fi spin-off. 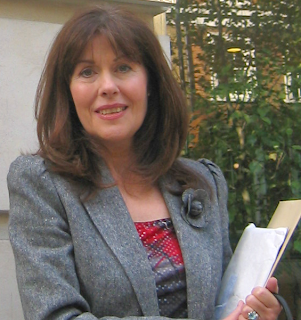 6:13PM BST 20 Apr 2011
As Sarah-Jane, Sladen brought a new, feisty element to the series. Before she joined in 1973, the Doctor’s attractive female assistants had largely been expected to scream in helpless horror at some unimaginable extraterrestrial outrage before being plucked from the tentacles of doom by the time-traveling hero. But Sarah-Jane, an independent-minded journalist, gave the two-dimensional role a hint of depth.

Sladen, a stage actress more used to Shakespeare, was helped in transforming the standard portrayal of the timelord’s sidekick by the arrival of Tom Baker in the principal role. She had initially teamed up with Jon Pertwee (the third “incarnation” of the Doctor), whom she described later as “very much the parental type, telling you what to do”.

But Baker, with his long scarf, floppy hat and mirthful irreverence (in one episode he offers Davros, creator of the Daleks, a Jelly Baby), encouraged greater independence. “Jon was a sort of dandy, caring Doctor and then Tom was much more: 'go out on your own and find and come back and tell’,” Sladen told one interviewer.

Baker and Sladen quickly won great affection among Doctor Who’s notoriously dedicated fans. She was no science-fiction addict herself, and confessed to being baffled on occasion by questions from aficionados of the show who scarcely seemed to accept that it was fiction. She even admitted to not knowing how the Doctor’s famous Police Box got its name (in fact, Tardis stands for Time and Relative Dimension in Space).

But this did not dim her appeal, and fans celebrated when, in 2006, 30 years after leaving the series, Elisabeth Sladen returned to Doctor Who, in an episode called “School Reunion”. The programme sketched out the path Sarah-Jane’s life had taken in the years since she and the Doctor had said their goodbyes on an Aberdeen street (the Doctor had intended Croydon, but erred in navigation).

Such was its success that she was invited to lunch by the show’s executive producer, Russell T Davies. Worried that she would be asked to appear in more bit-parts, she prepared her excuses. “I was actually thinking: 'How can I turn this down?’” In fact, Davies offered her the lead role in a children’s series of her own, entitled The Sarah Jane Adventures. Though filmed on the same set as Doctor Who, and sharing some monsters and characters (including walk-ons from the Doctor), the series recast the former sidekick as the heroine. It proved a smash hit, generating warm reviews, a Children’s BAFTA nomination, and three further series.

Elisabeth Sladen was born in Liverpool on February 1 1948 and went to Sunday School in Penny Lane. She attended drama school in the city before joining the Liverpool Playhouse as “a dogsbody”. She graduated from stagehand work to on-stage roles and began to travel regularly for repertory, working in Scarborough with Alan Ayckbourn, and in Manchester and at the Royal Court, London.

Small television roles followed in the early 1970s, first in Coronation Street and then in Z-Cars. Elisabeth Sladen appeared in two episodes of the police drama, as two different characters. The first was a demure teenage girl, the second “a tarty scrubber from Liverpool”. It was this performance that led to her breakthrough in Doctor Who, when the producer of Z-Cars recommended her to his opposite number on Doctor Who, Barry Letts, who was looking for a replacement for Katy Manning, the outgoing Doctor’s assistant.

Her first appearance on the show was in the story “The Time Warrior”, in which she and the Doctor meet while simultaneously investigating the disappearance of scientists at a research facility. During 80 episodes over the next four years, she encountered Cybermen and Daleks, among many other ill-intentioned extraterrestrials.

After leaving Doctor Who in 1976, Elisabeth Sladen returned to the Liverpool Playhouse and mixed drama with the occasional television appearance, in productions such as Gulliver in Lilliput and Alice in Wonderland. In 1981 she filmed a pilot for a proposed Doctor Who spin-off, K-9 and Company, but it was not commissioned. Another Doctor Who appearance came in 1983, for the 20th anniversary edition of the programme, “The Five Doctors”.

Elisabeth Sladen married, in 1968, the actor Brian Miller. He survives her, as does their daughter.
Posted by Classic Nickelodeon Fan Blog at 1:58 AM No comments: 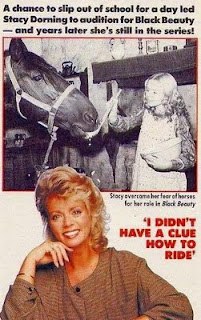 “My first break into television came when I was 15 and was offered the lead role in LWT’s series Black Beauty.

Although it was what every little girl dreamed of, I wasn’t desperate in the least to become an actress. In fact, I’d done a bit of acting before and had sworn I’d never do it again!

Five years before, when I was just 10 years old, I’d had a part in the film Cromwell with Richard Harris and had absolutely hated it!

I thought it was a very silly way to earn a living, and I had found it dreadfully uncomfortable, with a dress that was too tight and those horrid hot lights that made me feel like I was going to faint!

I’d heard of suffering for my art, but this was ridiculous!

After that experience, I decided showbiz was not for me, and put my energies into becoming a nurse. I studied very hard at school to get the right qualifications, until the school took us to a hospital where I saw terminally ill children and elderly people in the geriatric ward. I knew then that I wouldn’t be able to make it as a nurse, so it was back to the drawing board. I was very depressed about it, and thoroughly confused.

Then out of the blue, my mother, who was also an actress, got a call from her agent who said that the producers of Black Beauty were looking for a teenage girl to take over the lead role in the series, and he thought I would be perfect.

I went to see LWT on Thursday, mainly because I wanted to skive off school for the day. By the following Monday I was at the farm in Richmansworth and the very next day I was told I had the part, and was to start filming 10 days later! It was all so sudden that I didn’t really have time to think about what was going on.

There was only one slight problem though – I didn’t know how to ride a horse, so the next week and a half before filming started were spent in the saddle with loads of padding under my bottom, desperately learning how to ride so that hopefully I would look like a professional.

My initial fear of horses soon left me, and although I was stiff and bruised I couldn’t wait to get back in the saddle.

I did nine months of filming and it was one of the happiest times of my life. Everyone I worked with on the series was absolutely lovely.

It was totally different to the filming Cromwell, and all the aspects I had hated about filming that weren’t there when I was filming Black Beauty. Firstly, Beauty was mainly on location so there were none of those horrid studio lights, and my costume was much more comfortable!

Needless to say, the acting bug really hit me, and I’m afraid I never gave nursing another thought!”
Posted by Classic Nickelodeon Fan Blog at 4:17 PM No comments: 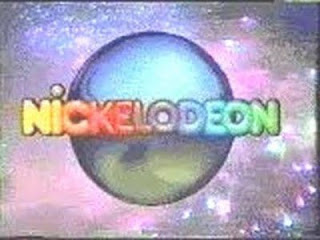 Hi Peggy,
Here is this week's summary for your Facebook Pages: 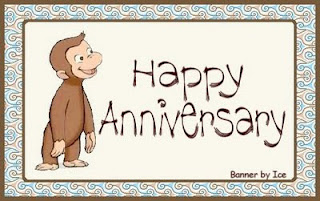 Better late than never I suppose. Sorry yall, April hasn’t started out for me very well, I’ve been sick and I’ve had another row with someone I’m trying to end a friendship with. So yea between all of that I’m sorry but I’ve let two very important dates slip by me; those being April 1st when Nickelodeon turned 32 and April 7th the group’s 5th anniversary. I’m sorry everyone.

A very Happy Anniversary to all of our members, thank you for joining and sharing your memories with us.