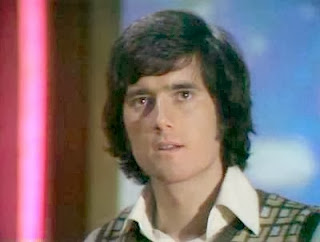 The CW's upcoming remake of The Tomorrow People is getting a serious blast from the past.

Nicholas Young, who starred as John in the original U.K. series, has been cast in a recurring role, TVGuide.com has learned.

The Tomorrow People is the story of several young people from around the world — played by Peyton List, Robbie Amell, Luke Mitchell and Aaron Yoo, among them — who represent the next stage in human evolution, possessing special powers like teleportation and telepathy. They work together to defeat the forces of evil, otherwise known as a group called ULTRA, which hunts down people with these special abilities. In the remake, Mitchell portrays John, Young's character in the original series.

In the remake, Young will play Aldus Crick, the scientist who first discovered and studied the original generation of Tomorrow People. Stephen (Amell) believes that Aldus, a friend of his father's, may have information concerning his dad's disappearance. However, by helping Stephen find his father, Aldus puts himself back on ULTRA's radar and in danger with the very organization that forced him into hiding.  Young will appear in the eighth and ninth episodes.

Young, the only cast member to remain for the original Tomorrow People's entire six-year run, is also known for his work in the 1981 U.K. miniseries Kessler.

The Tomorrow People, one of TVGuide.com's 10 most-anticipated dramas, will premiere Wednesday, Oct. 9 at 9/8c on The CW. Are you excited to see one of the show's original stars on the remake?

You can also get the Sizzle Reel and Comic Con panel on iTunes at:  https://itunes.apple.com/us/tv-season/the-tomorrow-people-season-1/id692900197

Posted by Classic Nickelodeon Fan Blog at 10:33 PM No comments: 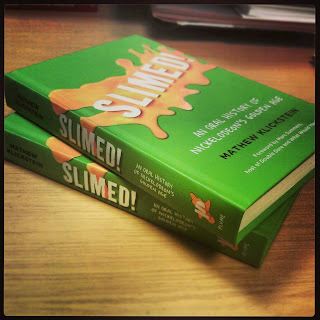 1) The behind-the-scenes drama at Nicktoons wasn’t kids’ stuff.
John Kricfalusl, the notoriously touchy creator of Ren & Stimpy, was allegedly fired from the show after missed deadlines, dramatic rifts among staff, and differences with the network about the show’s violence and adult themes, including ‘bl—job jokes.”

2) Nickelodeon’s iconic “slime” had truly disgusting beginnings.
Slime was eventually made of gelatin and green food coloring, but it started as actually filth. Producers of You Can’t Do That On Television planned to dump a bucket of kitchen scraps on child actors, but the garbage had been sitting out for too long and poured out as foul-smelling green sludge.

3) The Clarissa crew had to rein in a mom.
Clarissa Explains It All show-runner Mitchell Kriegman said Melissa Joan Heart’s mother---described as “difficult” and a “show mom”--- was the driving force behind Hart’s controversial 1999 Maxim cover.

4) Parents on Family Double Dare got litigious.
A mom who was pied in the face by host Marc Summers sued the network, claiming, “she can’t have sex anymore,” Viacom paid her $25,000. Lawyers’ kids were barred from participating on the show after one contestant broke his arm.

5) Censors swarmed Are You Afraid of the Dark?
Producer D.J. MacHale said the writers had to find literary antecedents for scary story lines in case of complaints, so they argue, “The is Edgar Allan Poe!…This is classic stuff!” the series was never allowed to show children lighting the campfire because they “didn’t want to teach kids how to strike matches.”

Posted by Classic Nickelodeon Fan Blog at 4:35 PM No comments:

Labels: Are You Afraid of the Dark?, Clarissa Explains It All, Family Double Dare. Marc Summers, Melissa Joan Heart, Viacom, You Can’t Do That On Television 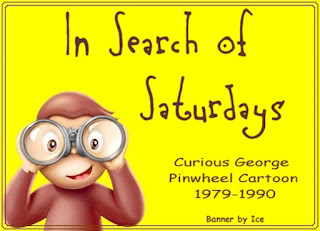 Posted by Classic Nickelodeon Fan Blog at 10:43 PM No comments: 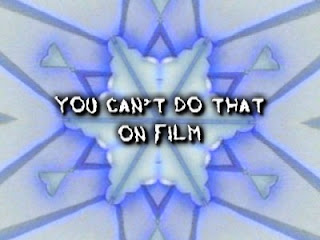 To those of you who read my “You Can’t Do That On Film” post on Thursday, August 29, 2013 it seems that I need to make a correction to that post.

In my post I make the following statement:
“David Dillehunt not only spent his youth watching 80’s Nickelodeon but as a child he appeared in commercials for the network itself. Now as an adult he steps back into his childhood to bring us “You Can’t Do That On Film,” a documentary on one of Nick’s highest rated shows in the 80’s and 90’s.”

However it seems that this information is incorrect. I have been in email contact with David who sent me the following email.

Thanks for the link and for your kind words. I need to offer one correction for the blog post if I may -- I never appeared in commercials for Nickelodeon. I only watched the channel as a kid and stumbled upon YCDTOTV one day, quickly becoming a big fan. Thanks again!

Please accept my apologies for being misinformed.
Posted by Classic Nickelodeon Fan Blog at 5:06 PM No comments:

Labels: David Dillehunt, You Can’t Do That On Film 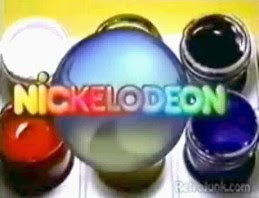 In an effort to savage today’s posting I’m posting this Classic Nickelodeon TV guide schedule from June 27 & 28, 1981 Pacific Time Zone. This is extra special for me b/c my birthday is June 28th.