Fun Facts About The Dukes of Hazzard

As we all know, The Dukes of Hazzard never aired on Nickelodeon but with Nick’s upcoming 40th anniversary just around the corner I thought it would be fun to take a look at another series which also got it’s start in 1979.

·        The Dukes of Hazzard first aired on January 26, 1979, as a filler prime time program until The Incredible Hulk returned to the airwaves. With only nine episodes were ordered the executives at CBS crossed their fingers and hoped for the best and they got it! Lasting for a total of seven seasons the show racked up an impressive 147 episodes the show was a hit and made house hold names of their new and rising stars. So, let’s take a look at some facts about the show you may, or may not, have known.

·        The show’s original concept was roughly about two brothers who were at odds with the corrupt law authorities of Hazzard County.

·        The series was inspired by the 1975 film Moonrunners, which was also created by Gy Waldron and had many identical or similar character names and concepts. 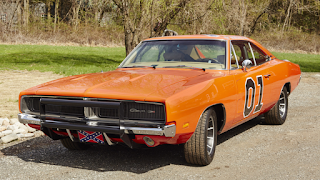 While TV cousins John Schneider and Tom Wopat were certainly popular there was only one character which out shown them. Who could that star be? The General Lee of course! It seems that out of the 60,000 fan letters the show received each month about 35,000 of those letters were to, or rather about, the General Lee. 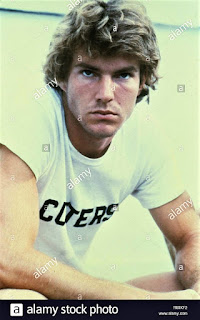 ·         Dennis Quaid was considered for the part of Luke Duke but there was one problem with that. At the time he was married to P.J. Soles whom he wanted to play the part of Bo and Luke’s cousin Daisy. Unfortunately for Dennis, and fortunate for us, Soles just didn’t seem to be the right fit for the role and the rest is history. Tom Wopat was eventually cast as Luke and Catherine Bach as Daisy.

·        John Schneider was only 18 years old when he was cast as Bo Duke despite the fact that the producers actually wanted someone between the ages of 24 to 30 years of age. I think the fact that he happened to mention that he could do some of the stunt driving helped. 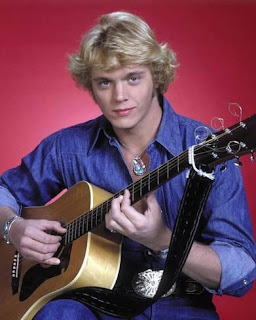 ·        It also turns out that John Schneider wasn’t a good old country boy as he portrayed in his audition. He was actually a native New Yorker.

·        Before being cast as Luke Duke, Tom Wopat was a stage actor and was flown in to do a screen test with John Schneider. 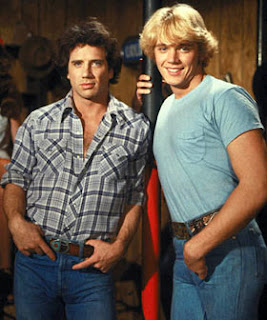 ·        John and Tom first met in the men’s room where they began talking about music when Tom’s guitar was spotted under a stall door.
·  Worried censors would not allow Catherine’s skimpy jean shorts on camera it was decided that she would wear a few layers of panty hose in case of wardrobe malfunctions.
·
Former First Lady Nancy Reagan was a Daisy Duke fan. It turns out that Catherine’s former grade school teacher, Shirley Moore, went on to work in the White House. After Catherine send her one of her posters, she received a letter back from her letting her know that Mrs. Reagan was a fan. Not wanting to disappoint her fans Catherine sent over more posters.

·   Remember that there were a few episodes in which James Best, who played sheriff Rosco P. Coltrane, didn’t appear? There was a reason for that. Turns out that instead of having a private dressing room to change in after one of his famous chased with those Duke boys they just hosed him down instead. He demanded a private dressing room in which to change in and was gone for five episodes. (Who could blame him?)

·    There were also a few episodes in which Ben Jones, who played “Cooter” the mechanic, is missing as well. Why? Ben thought his character should have a beard but the executives wanted him to be clean-shaven instead.
·    After years of wrecking as many Dodge Chargers as find for their seventh, and final season, in 1985, the production team chose to turn to a miniature car for some of their stunts. It wasn’t the wises move the team had made an according to Tom in an interview he gave to E!, “It was a source of humiliation to all of us on the show.”
·   Believe it or not, Tom Wopat’s hood slide across the General Lee, the footage showing in the opening credits, was an accident! According to him the slide has been unintentional and that the first time he tried sliding across the hood the car’s antenna injured him. 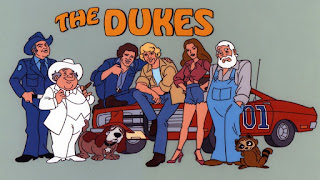 ·   Did you know there was an animated series? I didn’t, but as it turns out “The Dukes,” was produced by Hanna-Barbera and aired in 1983. The series only lasted for twenty episodes so instead of being grounded in Hazzard County this series traveled the work taking the boys to places like Hong Kong and Greece.