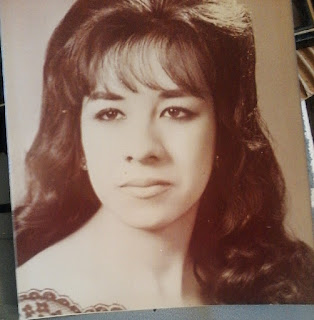 This week I’m kicking off my Summer of Music Series that I started last summer. That being said, this week’s Classic Nick Rocks is dedicated to the memory of my Mother, Mary Duck born September 6, 1946, passed away June 8, 2020. These are some of her favorite songs and except for the first and last songs they are in no specific order.

Newsboys – We Believe
This song was played during Mamma's funeral.

Johnny Rogers – Peggy Sue
This is our friend Johnny, I recorded this with Mamma standing beside me. Just FYI, this is the song I was named after.

Jocko Marcelino – Sha Na Na – Sea Cruise
We would drive down the streets and Mamma would turn this up as loud as our ears could stand it lol.

Beatriz Adriana –Las Margaritas
When I found this song after so many years she cry, she said it reminded her of Aunt Susie, her sister who had passed five years ago.

Sha Na Na – Saturday Night At The Movies
This guy singing lead was her favorite guy in the group.

Victoria Justice & Elizabeth Gillies – Take A Hint
Jade was her favorite character on the show.

Turner Kennedy, WOSC 4-2-2017 – Close Every Door
This was a show I helped with at the college, Mamma attended every rehearsal and every show.

The Spice Girls – Mama
I love you Mamma, and I miss you so much ☹

Nick Lowe – I Knew the Bride

The Hillywood Show® – Doctor Who Parody

The Imperials – Sail On
When I was a teenager, I’d put this song on and we’d bake chocolate chip cookies together.

Victoria Justice – Freak the Freak Out
She got such a kick out of them dressing up Tori so ugly just to have her rip it all off while she was singing.

David Lopez, WOSC 4-2-2017 – Pharaoh’s Dream
This is very washed out but she was in the audience and this was one of her favorite numbers from the show.

Judy Jacobs – Days of Elijah (No God Like Jehovah)

Lindsay Buckingham – Holiday Road
She loved Chevy Chase, he could always make her laugh and she LOVED this song.

Stevie Wonder – I Just Called To Say I Love You
Sometimes when she’d answer the phone I’d sing this to her.

Summer Stock Barn Dance
One of our favorite movies.

Newsboys – Blessed Be Your Name

Nick Lowe – Half A Boy And Half A Man

Sweethearts of the Rodeo – Since I Found You

Hezekiah Walker – Every Praise
This was the song that was playing as they wheeled her coffin out of the church and into the hurst. She is certainly rejoicing now.